The Bill of Rights: What Do They Say About Criminal Justice?

The Fourth Amendment reads, “The right of the people to be secure in their persons, houses, papers, and effects, against unreasonable searches and seizures, shall not be violated, and no Warrants shall issue, but upon probable cause, supported by Oath or affirmation, and particularly describing the place to be searched, and the person or things to be seized.”

The Fourth Amendment’s protection against unreasonable searches, and its legal remedy – the suppression of evidence – is one of the most-litigated issues in the criminal law. Fourth Amendment jurisprudence establishes what the government can and cannot due in carrying out searches and seizures.

The foundational principle of the Fourth Amendment is that the government may not arbitrarily violate a person’s reasonable expectation of privacy. While this is a formidable deterrent against unreasonable searches, many exceptions to this rule exist. One obvious exception is when the subject gives consent to the search. Other exceptions include when a search is conducted incident to a lawful arrest, or when there is probable cause and exigent circumstances justify a warrantless search. Other exceptions include the seizure of property that is in plain view or abandoned property.

Specific types of searches that are deemed legal include strip searches, but not dog-sniff inspections or electronic surveillance. The arrest of a person may or may not require a warrant, depending on the reasonable belief of the officer as to the subject’s guilt and whether or not exigent circumstances exist. Brief investigatory stops that fall short of an arrest are legal searches. Searches and seizures in national security cases always require a warrant.

The remedy for a search or seizure that violates the Fourth Amendment, commonly referred to as the “exclusionary rule,” is that the obtained evidence is excluded from criminal proceedings.

The Fifth Amendment reads, in pertinent part, “No person shall be held to answer for a capital, or otherwise infamous crime, unless on a presentment or indictment of a Grand Jury…nor shall any person be subject for the same offense to be twice put in jeopardy of life or limb; nor shall be compelled in any criminal case to be a witness against himself, nor be deprived of life, liberty, or property, without due process of law…”

One of the most famous cases in Supreme Court history, Miranda v. Arizona, dealt with the Fifth Amendment’s right against self-incrimination. Fifth Amendment jurisprudence defines the notion of due process and fundamental fairness in criminal prosecutions. 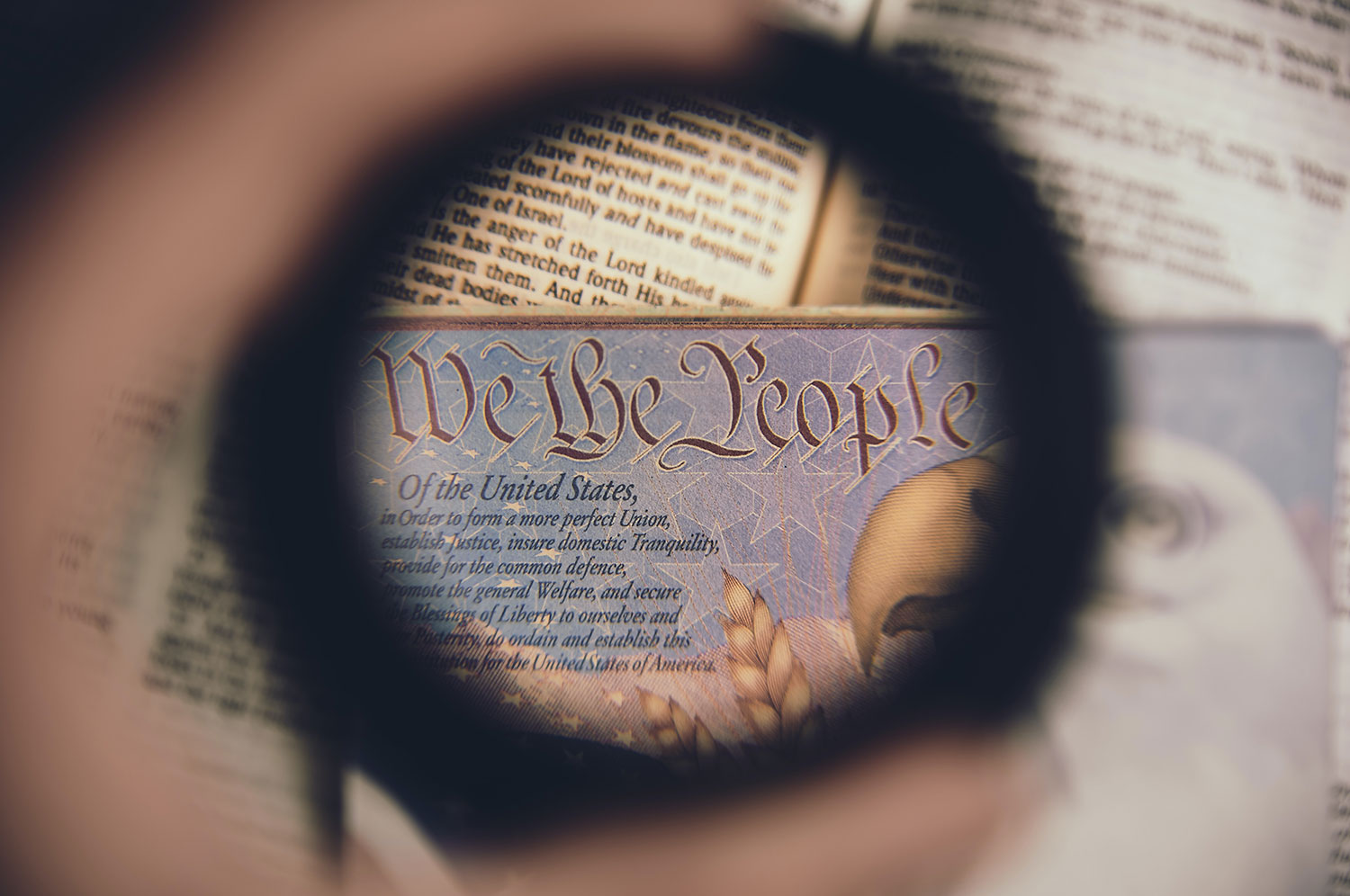 The Sixth Amendment reads, in pertinent part, “In all criminal prosecutions, the accused shall enjoy the right to a speedy and public trial, by an impartial jury of the State and district wherein the crime shall have been committed…and to be informed of the nature and cause of the accusation; to be confronted with the witnesses against him; to have compulsory process for obtaining witnesses in his favor, and to have the assistance of counsel for his defence.”

Among Sixth Amendment rights, the Supreme Court has most extensively interpreted the right to counsel. The Court has held that all criminal defendants have an absolute right to the effective assistance of counsel, and that indigent defendants must be provided counsel at the state’s expense. Further, this right applies not only to felonies, but to all offenses where incarceration is a possible punishment.

The Eighth Amendment reads, “Excessive bail shall not be required, nor excessive fines imposed, nor cruel and unusual punishments inflicted.”

The protections afforded by the Eight Amendment are fairly straight forward. The one exception is the death penalty and whether or not it constitutes “cruel and unusual punishment.” Eighth Amendment jurisprudence establishes that whatever the arguments may be against capital punishment, it has been employed throughout our history and it cannot be said to violate the constitutional concept of cruelty.

Capital punishment litigation has not focused so much on the constitutionality of the death penalty itself, but ancillary considerations such as procedural requirements, methods of execution, proportionality to the crime, diminished capacity of the defendant, and inequality of application.

The Bill of Rights makes the United States’ criminal justice system one of the fairest in the world. It seeks to balance the needs of public safety against the rights of criminal defendants. However, our criminal justice system is still far from perfect, and the rights of criminal defendants are constantly at risk and need to be aggressively defended. If you are the target of a federal criminal investigation or federal charges, the best way to ensure that your rights are protected is to choose a federal criminal defense attorney who understands these rights, and who is able and prepared to argue for their strict adherence.